Over 30 Years of Customer Service and Project Excellence 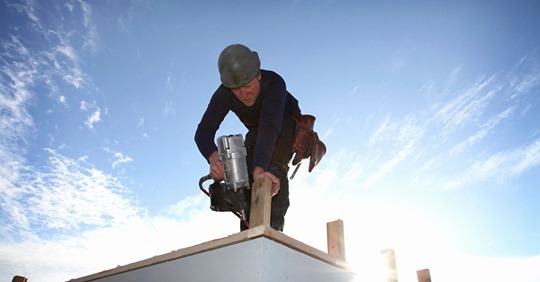 Today Structural Pros is finishing up a project in Downtown Wilmington. On the initial visit for inspection we were discouraged. We received a call from a potential client that noticed they had several sagging floors and requested a free inspection. When we arrived at the historical home we found that the entrance to the crawl space was extremely small, which is typical for homes in need of historic restoration.  This particular home had a crawl space access approximately 18″ in height and 22″ in width. First we did a walk through of the home and the sagging floors were very evident, we ran a laser across the main rooms of the home. We found that the majority of the rooms were sagging between 1.5 to 3 inches down in the center of the rooms. Then we entered the crawl space at the highest point in the historical homes crawl space there was approximately 32″ in height at the low point at best 18″ of clearance. We also found that the areas where duct work was present there was next to no clearance what so ever 10″ clearance at best in some locations in the crawl space. In the crawl space we confirmed that the crawl space sagging floors were due to the over spanned floor joists. Over time the floor joists deflected downwards and caused the sagging floors. We also noticed that there were cracked floor joists and floor joists that were cut or notched out were a plumber had come in at some point and cut the floor joists to install drainage pipe. We then explained our findings with the homeowner and provided them with a free estimate and discussed our warranty for all structural repairs we perform. We happened to be first foundation and crawl space contractors to provide a free quote for them and the homeowner thanked us and said they were scheduled to have a few other quotes from other crawl space and foundation repair companies in Wilmington, and stated that the other crawl space contractors were scheduled  about  2-3 weeks out. Roughly a month later we received a call from the client and they made the decision to hire us at Structural Pros to take care of the structural crawl space repairs, We got them on the schedule and had a crew out to start the project 3 days later. Our crew showed up and got started, they actually had to trench under duct work in some areas to get through the crawl space and perform the crawl space repairs. They set up a temporary floor joist jacking system in several locations and slowly started jacking up the floor system. They ran a laser as they were jacking and started jacking floor joists to as close as possible without causing upwards to avoid deflected floor joists. They then permanently locked the floor joists in place with a pier and beam method and installed high strength concrete footings to support the pier’s. We completed the project and cleaned up all the job related debris today and had the client do a walk through of every room we worked under in the crawl space. They were very satisfied and said they would happily give us referrals to their friends regarding crawl space restoration in the future.